Yasmine LimbergerFebruary 11, 2019
FAILING SUCCESSFULLY: MAKING MISTAKES TAKES PRACTICE
In some countries, failure is considered part of the road to success, particularly in terms of entrepreneurship – but in Germany it’s a taboo subject. You avoid mentioning it. According to common consensus, someone who failed just didn’t think things through, was either unobservant or incompetent. This is precisely the mindset that suppresses innovation as it leaves no space for trial and error.
Read more 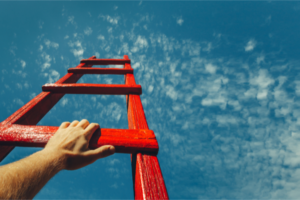 Yasmine LimbergerJanuary 15, 2019
HOW CHANGING YOUR JOB CAN CREATE AN EMOTIONAL HIGH
According to a study conducted by the German Institute for Employment Research IAB (Institut für Arbeitsmarkt- und Berufsforschung), every year around 3.4 percent of employees in Germany change their job. The slim majority of 52 percent do this voluntarily, but the other half (48 percent) are forced to change their position due to (prospectively) losing their jobs.
Read more