Yasmine LimbergerJanuary 15, 2019
According to a study conducted by the German Institute for Employment Research IAB (Institut für Arbeitsmarkt- und Berufsforschung), every year around 3.4 percent of employees in Germany change their job. The slim majority of 52 percent do this voluntarily, but the other half (48 percent) are forced to change their position due to (prospectively) losing their jobs.

Motivation plays an important role in the goal of switching jobs. Someone who has spent years in their comfort zone but was discontent with their job will choose their new job very carefully. In any case, changing your job should always be planned with a certain goal in mind, instead of simply escaping from the current job. Feelings of euphoria and elevated happiness can set in during the phase of new beginnings, but unfortunately they tend to be temporary.

It’s hard to grasp: after six years of working in development in a mid-sized business, you are now a team leader in an internationally renowned, well-known software company. You’ve earned increased benefits with this new job: the company provides you with a middle-class car, you can spend your daily lunch breaks in the company’s excellent canteen instead of warming up your home-cooked meals, and you happily receive a nice bonus every year.

How did that happen? In your old job, you already felt a sense of boredom after four years. There were always new, fairly exciting tech projects to work on, your colleagues were great and your boss always made an effort to provide his team with a bonus or small event despite his limited capacities, but somehow you were never content. It couldn’t go on like this. You kept receiving more pressure from above. The management was never satisfied with the results. Instead of handing out praise, they only pointed out the mistakes and insufficiencies. Everyone closed their eyes to the fact that this was happening as a result of the tight budget, which wouldn’t suffice. And so you kept scanning job offers in search of a suitable new challenge. You wrote an application here and there, and went on some job interviews. The potential new employers, though, didn’t seem to offer any better prospects. You often had the feeling you would be required to take on more projects for the same pay and additionally have a longer drive to work. In another case, you would be forced to move to a different town, which wasn’t compatible with your current personal situation.

You had almost given up hope on finding a promising new job with career opportunities. Then, unexpectedly, you stumbled upon a job offer that seemed like it had been written just for you. You eagerly applied online, lead job interviews and everything seemed perfect – almost too good to be true.  In the end, you had a contract, handed in your notice at the old job and started out at the new place three months later. Suddenly, everything happened really fast and the long-planned goal of a career jump had been achieved.

A feeling of bliss ensues, which researchers describe as the „honeymoon hangover effect“. Yes, you read that correctly! In your new job and your new surroundings, you feel like you’re on your honeymoon. You see everything through rose-colored glasses:

It could go on like this forever, but you are probably suspecting something already (maybe from your own experiences): Gradually, the dull daily life is beginning to re-emerge. The time of being spared from pressure is now over and you must deliver, deliver, deliver – although you aren’t really confident yet about what you are doing.

From now on, you must present yourself from your best side, solve conflicts, meet your deadlines and stand up for your own interests. The initial euphoria is followed by the dampening realization that this is just more of the same.

The scientists Wendy Boswell and John Boudreau discovered the „honeymoon hangover effect“ in 2005 when they conducted a study with several hundred top-tier managers in the US. They found that the satisfaction with the new job initially rises (honeymoon) before it steadily declines (hangover).

This is especially true for people who have changed their jobs voluntarily. But it gets worse. After about one year, the dissatisfaction is nearly as strong as in their last job, sometimes even more so. The job switcher tends to first only see the bright side of their new employment. Alternatives are devalued. This includes the old job as well as other job offers. When speaking to friends and former colleagues, people share the positive aspects of their new jobs enthusiastically. Everything is better than it has ever been and the envious looks of others seem to prove the point. This makes the disappointment weigh even stronger when all the flowery expectations come crashing down as routine and conflicts set in and you take your newly found benefits for granted. This effect doesn’t only negatively impact employees. Employers should likewise be interested in not letting employee satisfaction drop too low in only one year. But how?

Employers should consider this:

Job switchers should consider this:

Be aware of the fact that you may be prone to the honeymoon hangover effect when you change your job. Stay motivated and keep an open mind, but curb your euphoria. Try to uphold your motivation for as long as you can by constantly seeking new challenges and not allowing routine to set in. Take your time to create a network and become part of the team, rather than overexerting yourself. But especially: take your time to plan precisely and with a clear goal in mind before changing your job. 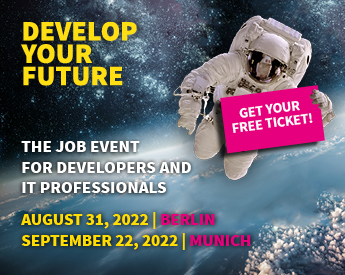