Yasmine LimbergerFebruary 09, 2021
At the height of the economic boom, Corona hit prosperity in Germany hard. Companies and entire industries slid into recession virtually overnight. Even well-thought-out economic stimulus packages are only of partial help here, because only a few profiteers are emerging from the crisis unscathed. 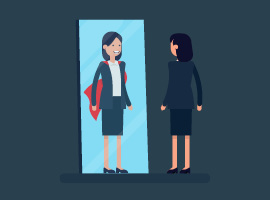 Even the IT industry, whose products and services have been the nation’s digitalization saviors in recent months, is now using the mood of crisis in the country to tighten its belt. Is all this really only due to the Corona crisis or do other laws have their fingers in the pie?

After a decades-long applicants’ market, the tables are now slowly turning in the other direction in some industries. Good luck to those who get to keep their jobs or land a lucrative job as a newcomer. Nevertheless, the “war for talent” continues to rage, and companies will continue to need qualified specialists in the near and distant future in order to remain competitive. These (IT) specialists are still being courted and a lot of money is still being invested to convince talented people that they are the best choice employer. But many companies are slowly running out of marketing budget—and so other ways must be found to continue to recruit the necessary experts in the future.

Regardless of whether they are new to the job market or old hands, well-trained applicants (not only in IT) today usually have clear ideas about their (new) employer when looking for a job. It is becoming increasingly apparent that IT applicants are no longer specifically looking for technical keywords in job ads that match their qualifications profile but are instead initially interested in companies that match their personal values. The options for finding out about potential employers are more extensive today than ever before. Whereas in the past people could mainly rely on personal contacts, press reports, and job advertisements, today social media, live events, and virtual offers, as well as rating portals, supplement the research options. Even though one-click applications have made it increasingly easy to look around for a new job without any obligation, IT professionals, in particular, tend to be reluctant and are only interested in changing jobs if they have the impression that the new employer has a culture that matches their own work culture. Hard facts such as salary and benefits are taken for granted at a certain level, and an improvement in the monetary situation is one of the main reasons for changing employers only among younger professionals. The further you get up the career ladder, the more important personal values become. At some point, IT luminaries no longer have any desire for insane showboating, constant justification, endless discussions, and power games. Those who then move out of their hard-earned comfort zone pursue other goals: the search for an employer where the person behind the technology counts and not just self-interest and stakeholder values.

How have our lives changed? A scientific view

If you look at this development from the scientific side, you have to go back a long way and ask yourself the question: How did it get this far in the first place? Has the seemingly ever more far-reaching prosperity ultimately driven us into a dead end? Has IT, just like the automobile, for example, reached such a turning point, accelerated not only by digitization, climate change, or the Corona crisis? What does the next structural cycle of our society look like? Futurologists such as the Russian economist Nikolai Kondratieff with his theory of fluctuations proceeding in long waves have created a basis that still shows its relevance today when it comes to explaining the global economy. According to Kondratieff, at the beginning of an upswing, there is always a new revolutionary technology that changes the economy significantly. A look at the various economic phases with their peaks and long waves named after Kondratieff helps to explain this (Fig. 1).

The long waves of Kondratieff economic cycles show that upheavals in the economy occur sooner or later quite unstoppably. And while we are still in the final throes of the 5th Kondratieff cycle in 2020, the 6th cycle is already in the starting blocks. After IT, with its predominantly structured information, has dominated our lives for a long time, the new challenge is to master unstructured information and use it in a targeted manner to improve our coexistence on our planet. This also includes aspects such as climate change and health.

So what does this mean for the future of work and for my job?

While stimulus packages are intended to give the economy a monetary boost, money is only one of the decisive factors in the economic cycle. Stimulus packages alone do not create an upswing, as Kondratieff’s cycles show. Now we are all eagerly awaiting the next revolutionary technology that can accelerate the new upswing. Innovation A will be replaced by Innovation B, or at least expanded in a relevant way. Unfortunately, it’s not that simple. After all, digitization has already accompanied us in recent years and intensive work is already being done on topics such as machine learning and artificial intelligence. What now constitutes our work is no longer technology, but immaterial thought work. It takes the right minds in the right place with the right conditions.

“Structure, analyze, evaluate, and design” is the motto. Solve problems and be the first to make the breakthrough. Money can be borrowed from banks, but intellectual skills, knowledge, and experience have to be built up. The Corona crisis has taught us this more than impressively. Companies that do not take care now to give intelligent and highly qualified minds the space to innovate will miss out on the upswing.

So how quickly things pick up again depends heavily on how well the intangible part of the work can take place. And that’s where the IT people come in. If you feel you’ve reached a dead end with your current employer, if you can no longer cope with the pressure, or if you notice that the company you work for is getting closer and closer to the abyss, the main thing you should look for when changing jobs is that the work culture is no longer characterized by career ladders and hierarchies, but by transparent and respectful interaction and corresponding creative freedom; An environment in which the technical luminary is just as able to fit into a team as three young developers who are motivated to work together and bring their results together in the end. An environment in which the cost center and the reputation of one’s own department are not in the foreground, but the free development and creative possibilities of an individual – not for one’s own career or sole personal satisfaction, but for the common result. The common productive goal comes before individual advantage. The person behind the technology is more important than the technology itself, since the latter is only a means to an end, while the person with his skills and experience is always developing.

What Corona has also taught us: Man is a social being who needs regular exchange and contact with others just as much as he needs his freedom. If I feel restricted in these needs over a longer period of time, there is a risk of massive negative consequences for my health and performance. Neither a company nor the economy can cope with that for long.

So when I look at my job this way, I have to ask myself the question: Does the job fit me or do I need to fit the job? Is the work environment in which I work still the right one, or is it time to usher in a change to be part of the new upswing instead of letting myself be swept along by unstoppable waves? 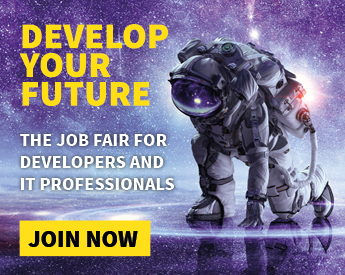